These are pieces from the early 2000s pre MFA. The first series of amorphous objects flopped over hospital equipment was my first attempt at abstraction. These are map abstractions from 2002-06. The war was still new to the media frenzy that surrounded it. Models in Paris Fashion Week were clothed in burkas and Mad Max army fatigues and it was odd to me that the combination of elite fashion and the War on Terror should be so casually overlapped. Everyone seemed far removed from the war, then I saw another map of Iraq with a bombing symbol on it being aired on the news. The fact that a yellow star could represent such atrocity was as strange as super models dressed in bondage burkas. I combined the images of women in burkas from news sites on the internet with the models in the bondage burkas, as well as oil drills and yellow stars. These paintings are about the cultural and media confusion surrounding the mess that is our continued involvement with the Middle East. It is in the context of a map, which shows that many things can be either beautiful or become simply representational from a distance. 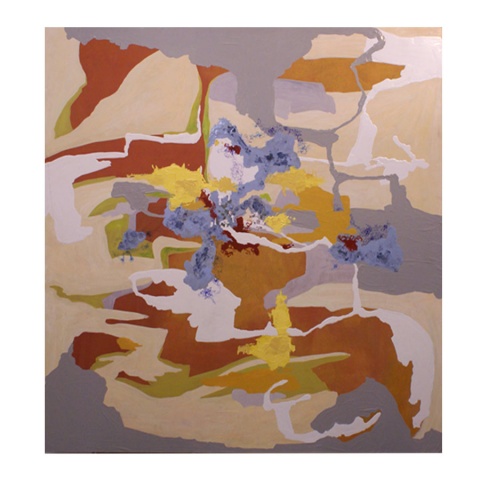 MapCulture 6
oil and enamel on panel
4 by 4 feet 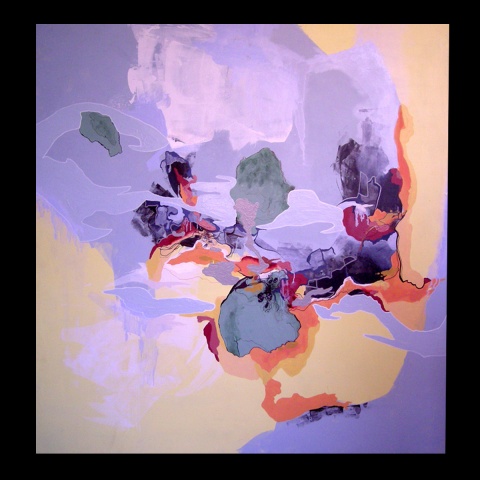 MapCulture 5
oil and enamel on panel
4 by 4 feet 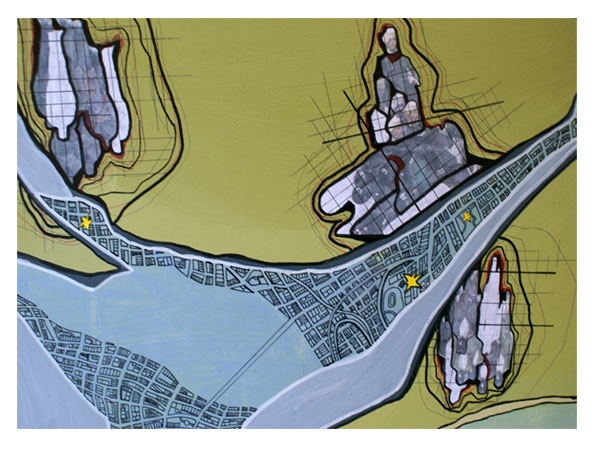 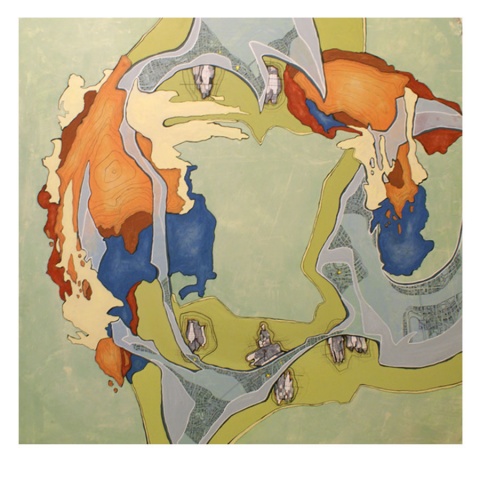 MapCulture 4
oil and collage on panel
4 by 4 feet 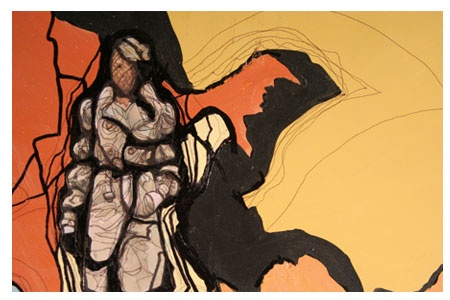 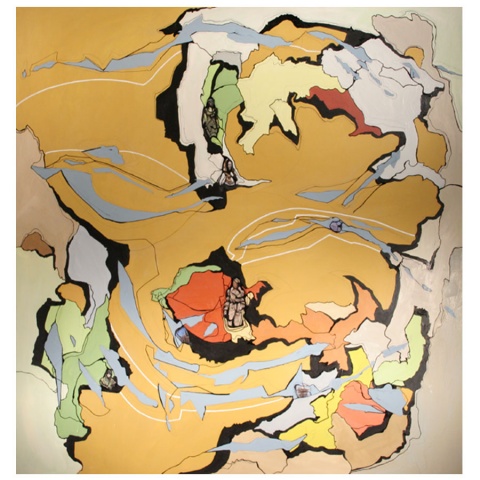 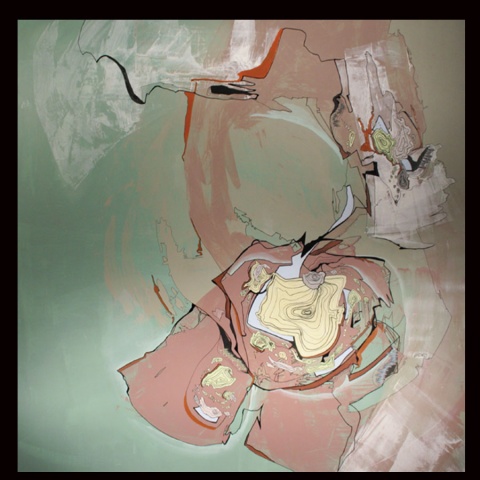 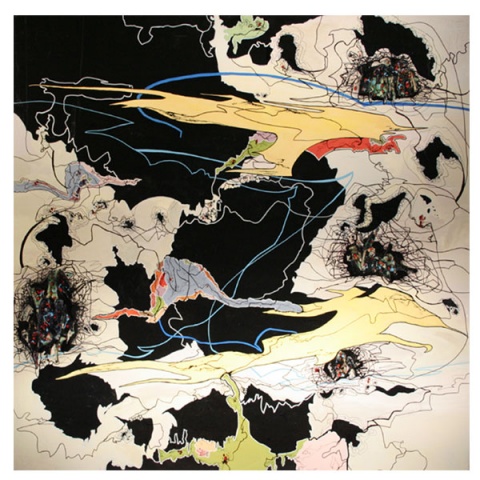 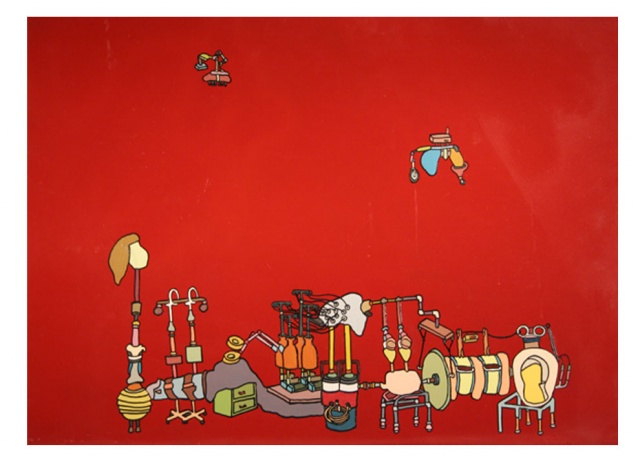 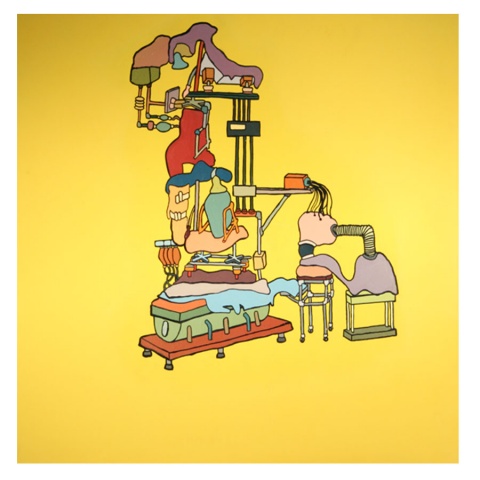 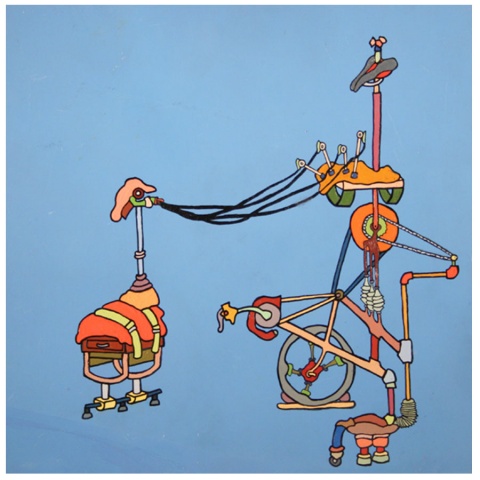